The false promise and real threat of digitising books

Writer Dr Christine Dann explains why real books are better for learning, accessibility, durability, and the environment – and are just better for a damn good read, in a way that a book that has to be manipulated on a screen will never be.

The false promise and real threat of digitising books

Would you trust Google to run a global library? Yes, was the answer eventually given by American judges in 2015, after ten years of legal arguments and submissions by Google (which began digitising books in copyright without the knowledge or consent of their authors or publishers in 2002), and by some of those authors and publishers. The courts ruled that Google could keep digitising pretty much whatever it liked without paying authors or publishers anything. Read all about it here

Sadly, most large American libraries sided with Google, not the authors. This is also what the National Library of New Zealand is doing in claiming that all the books in its Overseas Published Collection (OPC) (25% of which are currently digitised) can, will and should be digitised – and therefore the real books can thrown out. As explained by Don Gilling in DIA’s unfulfilled promises for Archives and National Library the real reasons for the book cull are financial and political. Digitising all the books is not better, or even in many cases possible. Nevertheless, this is a reason which has been given by the National Library for disposing of the public property which is the OPC. It is a reason which was believed by the previous Minister of Internal Affairs, Tracey Martin, who signed off on this massive disposal of public property in 2018 and repeated the the claim that the books would be available digitally, and that this was preferable to retaining them as a national physical collection.

Ever since the senior managers of libraries – heavily encouraged and supported by digi-tech corporations – began favouring information provision over knowledge creation and dissemination three decades ago (as documented by Theodore Roszak in The Cult of Information) the case for digitisation and against real books has been made over and over. But how well does it stack up?

There are a lot of reasons for thinking that digitisation has its uses – but those uses do not include replacing a national collection of books. So next time a well-meaning person tries to get you to accept that the future of everything will be digital, here are some talking points and questions you can share with them before they “don’t know what they’ve got till its gone”.

Real books are better for accessibility

Ongoing digital format obsolescence reduces accessability, as does the requirement to own and pay for digital reading devices, their energy sources and their Internet connections. Before the National Library ceased its lending service to secondary schools in 2015 over one million books per year were being borrowed by schools and students.

Even if those books were available digitally (which most of them are not) this would be of no use to the young people who used to be able to access them at their schools, but are not able to access them on line due to lack of digital hardware and an internet connection. When New Zealand went into Covid 19 lockdown in April 2020 the Ministry of Education was forced to estimate how many Kiwi homes did not have any access to the Internet and/or fit-for-purpose education devices. It came up with the figures of 82,000 homes, which affected about 145,000 school-age learners.

Lack of digital access is a problem for a significant number of young people in New Zealand, and for the less well-off at any age. World-wide, the problem is even worse. UNESCO’s latest report on digital access (The State of Broadband 2019) found that 45% of the world’s population is unconnected, and that women and the poor were the most likely to be unconnected.

However, lack of such access is only a problem if states which require people to get schooled, pay taxes, fill in census forms, apply for social security benefits, or otherwise engage with them, expect or require their citizens to do it digitally. State and civic owned libraries have always had the role of providing access to knowledge for citizens who can not afford to purchase and store the range and number of books found in the private libraries of the wealthy. How ironic, then, that the claim that digitised library books are better, and can and should replace real books, will actually take the average New Zealand citizen back to where we were one hundred or more years ago, when only those with money had easy access to the wealth of book-length publications.

Real books are better for learning

After three decades of cumulative research into the differences between reading on screens and reading on paper, the scientific consensus is that reading styles and behaviours are different for the two methods. It has been found that readers tend to concentrate better on books and other paper documents, without the distractions which screens often provide, and also with the ability to easily return or advance to other places in the text, and to physically engage with the text with mark-ups, annotations, sticky notes, etc. This capacity to work with a book in highly personalised ways, which are not possible (or more difficult) with screens, means that books are generally better for comprehension and retention of information.

They are also better for developing abstract and relational thinking. 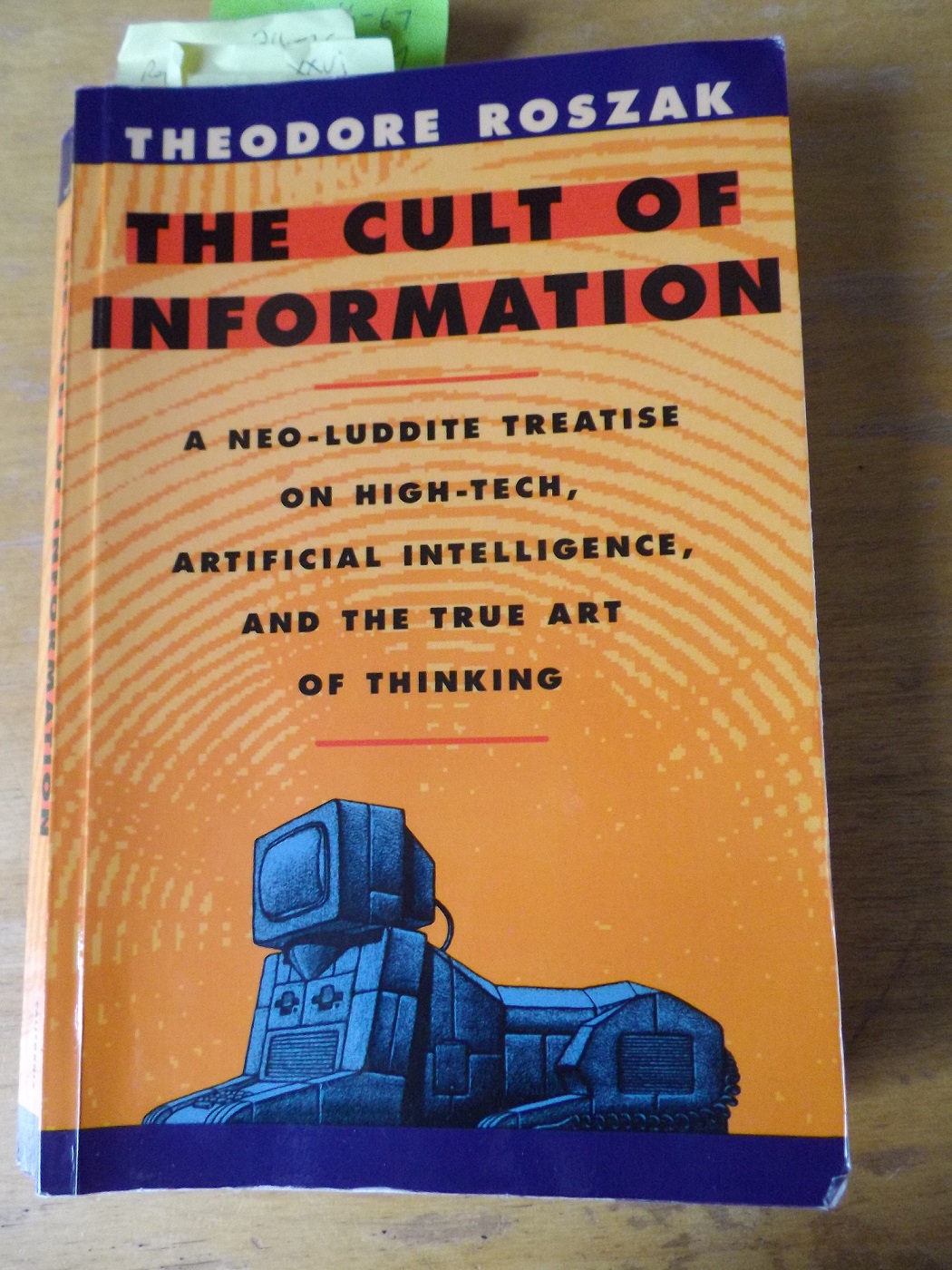 Lisa Allcott summarised the differences for New Zealanders in 2019: Reading on-screen vs reading in print: What’s the difference for learning? Research up to 2013 was summarised by Scientific American in The Reading Brain in the Digital Age: The Science of Paper versus Screens

The take-home message from all this research is that books are essential to advanced learning. Any child who can read a 100 page book without illustrations is well on their way to advanced learning. It is close attention to the text and engagement with the mind of the person who created it – the internal dialogue between reader and writer – which is at the core of the ability of all readers to be able to create new knowledge, and to share it, whether as teachers, writers or researchers.

The push to replace physical books with digital versions is being done without any consideration of how it will negatively impact on society’s ability to learn, to create new knowledge, and to pass it on. Why break a system which has worked well for centuries? How many people benefit from replacing books in libraries with texts on screens – and how many lose out? Digital reading is fine for news and opinion pieces, but for easy and flexible access to in-depth knowledge, analysis and long narratives nothing comes close to a book. Further, once an individual – or a library – owns a book it remains their property for as long as they wish, and it is always useable by them, in whatever ways they wish. Digital formats, in contrast, are owned by the companies which devise and profit from them, and individual and public usage is restricted accordingly. Can New Zealand afford to put its ability to grow and develop its knowledge base in jeopardy by disposing of the books which have been collected to do just that?

Real books are better for durability

The books-on-paper format has existed for thousands of years, and some individual books are now over 1000 years old. Digital formats are currently obsolete within twenty years. Without regular (and costly) format shifting everything published digitally will not last even one hundred years, let alone thousands of years. Will libraries and readers go to all the trouble of trying to save and access old formats – or will they let the books in them ‘die’?

Real books are better for the environment.

In a country which talks big about environmental care and stewardship, it is sad to see the the push to digitise everything proceeding in ignorance of the truly horrendous environmental impacts of replacing sustainable formats (like books) with machines made from increasingly rare materials which have to be mined from the Earth. Machines which require climate-changing amounts and sources of energy to operate, and which have created a local and global toxic waste problem which gets bigger by the minute.

Producing the book format is a one-off energy cost, and books can be made of renewable and/or recycled materials, and re-used or recycled after their first use. Digital formats and reading devices are an on-going energy cost, are made with non-renewable (and rare) materials, and are difficult to re-use and recycle. E-waste (much of it toxic) is now a major global environmental problem. The phenomenally wealthy global corporations which are responsible for producing and purveying much of the waste (such as Apple and Amazon) are doing very little to stop it at source and/or arrange for proper clean-ups afterwards. In New Zealand we have a huge e-waste problem, with no corporations taking responsibility for preventing or mitigating it, and no central or local government schemes or subsidies for dealing with it properly either.

The library book which can be borrowed hundreds of times before it reaches its physical use-by date, and is then ready for recycling in existing paper recycling schemes, certainly has some environmental impact, but compared to books accessed via digital devices powered by electricity it has the ecological footprint of a baby alongside that of a giant. Especially when one factors in the amount of energy required to store books and the like on-line and to access them, and the greenhouse gases produced by generating that energy.

Recent research by The Shift Project found that by 2019 digital technologies represented close to 4% of worldwide carbon emissions – more than civil air transport – and their impact was increasing by 8% a year.

So by 2025 emissions from digital technology use are set to reach 8% of total global emissions. This is equivalent to the current share of light vehicles. It makes the New Zealand government’s just-announced plan to convert its vehicle fleet to electric by 2025 seem pretty pointless if it is driving up digital use by throwing out the national book collection and requiring people to go digital if they want to read publicly-owned books. Yes – most of New Zealand’s electricity is produced by (relatively) sustainable hydro means – but the energy used by the data servers which store all the digital content we access from New Zealand is mostly generated by burning fossil fuels. The ‘cloud’ where all the books, videos, emails, etc., are stored is actually the cloud of CO2 in our atmosphere which is trapping heat on Earth and changing the climate so drastically. When you can produce and store books without changing the climate, why would you want to choose such an inferior and dangerous alternative?

I live in Wellington, NZ. Love to travel, eat, drink, read, eat!! Celebration of life in all of its amazing diverse and fabulous variety. View all posts by trailfinder